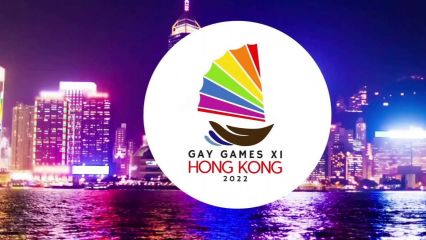 It marks the second time a city outside of North America and Europe will host the quadrennial event and the first time a city in Asia has been selected as the host. The FGG has made a commitment to diversity and expanding outside of North America and Europe with scholarship funds and other efforts. The selection of the Chinese city strengthens that commitment.

“The FGG congratulates Hong Kong on being named the 2022 Gay Games XI presumptive host and being the first host city in Asia. We thank Guadalajara and Washington, DC for their incredible bids and helping further our mission of promoting equality in and through sport and culture. We now continue our focus on the success of Paris 2018 - Gay Games 10 and invite all to participate and register at Paris2018.com.” Joanie Evans, CO-president, Federation of Gay Games.

The Gay Games started in 1982 in San Francisco as the brainchild of former Olympian Tom Waddell, who was seeking to bridge the divide between the LGBT community and the sports world. Past host cities have been Vancouver, New York, Amsterdam, Sydney, Chicago, Cologne and Cleveland.