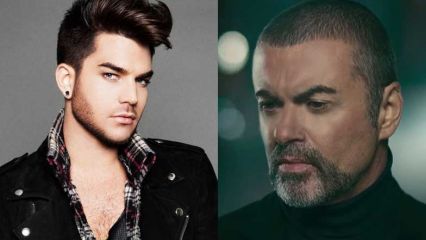 George Michael will be named this year’s recipient of the Elizabeth Taylor Humanitarian Award, and singer Adam Lambert will perform at the ceremony.

Since the late George Michael was a regular, private donor to charities his entire career, this year he is being rewarded the famed humanitarian award for his generosity. It was revealed after his death that Michael had left a donation of $25,000 on the doorstep of Project Angel Food in 1993, when the charity was struggling to make ends meet after a sudden influx of AIDS patients turning to them for help. At the Project Angel Food Gala this year Adam Lambert, of American Idol fame, will take to the stage to perform a tribute performance to the late singer – George a clear influence on the queer pop star.

George Michael’s final song that he recorded a few weeks before his death is now also set to be released. Top music producer Naughty Boy says the song is set to be released as a single. He’s been working on the material through 2016, and said “It's a brand new track, it's amazing”. We can’t wait to hear both, Adam’s tribute and George’s final song.