A YEAR OF PLEASURE

The Dieux Du Stade calendar cover of the 2015 edition has been unveiled. For its 15th anniversary, the most famous French calendar has chosen rugby player Morgan Parra, scrumhalf in the ASM Clermont Auvergne, as coverboy. This year, the issue is called "une année de plaisir" wich means « a year of pleasure ». When you watch the behind the scene footage and the new cover, you can count on it!

As usual the calendar will be full of nude French rugby player like Pascal Pape, Hugo Bonneval and Jules Plisson among others. But other disciplines will also be honored, especially football with Djibril Cisse, handball with the Karabatic brothers and William Accambray and judo with Loic Pietri.

To see more pictures of the "Dieux du Stade", you will have to wait until October 2, the release date of the calendar. 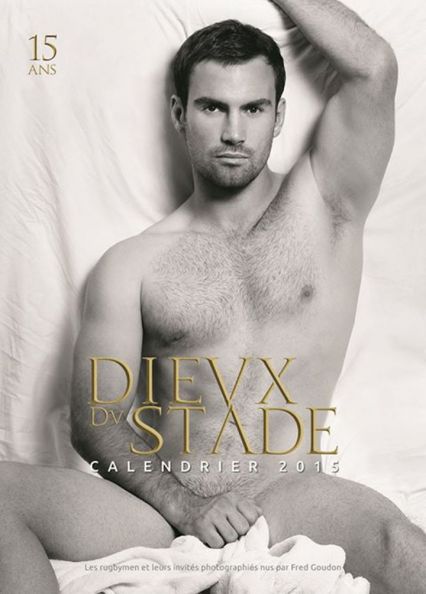