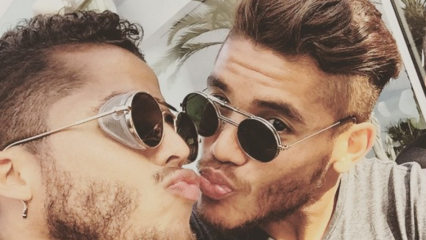 Villarreal midfielder Jonathan Dos Santos has denied he is gay following reports from his native Mexico that he has been having a relationship with team-mate Matteo Musacchio.

Mexican magazine TVNostas claimed the 25-year-old had been seeing Argentine defender Musacchio for the last seven months in a relationship that was supported by his brother and former Tottenham playmaker Giovani.

However, the younger sibling Jonathan took to Twitter to clarify the story was not true, saying: 'To the media: If I was gay, I would have no problem in saying so. Invent something else. Don't promote discrimination or sensationalism.'

The message was quickly retweeted over three thousand times as followers showed their support for the Mexico international.

Argentinian Musacchi has played for Villarreal since 2009, but has has missed most of this season because of a broken leg before recently returning to action. 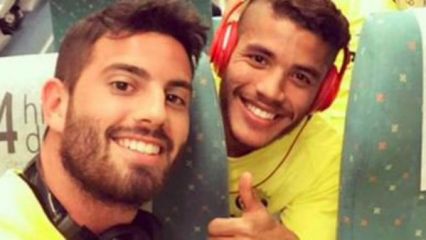