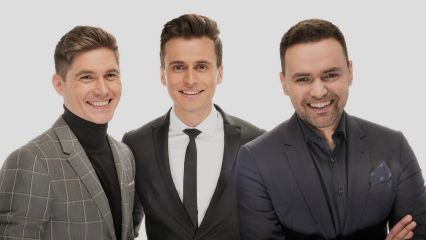 For the first time in 62 years, the Eurovision Song Contest will be fronted by three male hosts. Oleksandr Skichko, Volodymyr Ostapchuk, and Timur Miroshnychenko will present the show this year, held in Kyiv, Ukraine.

Oleksandr and Volodymyr will take the role of stage hosts, welcome the international audience to each of the three shows in May. Timur will oversee proceedings from the Green Room. All three presenters are amiliar faces on Ukrainian television and come with a wealth of experience.

Oleksandr and Volodymyr on the stage, Timur in the green room
Jon Ola Sand, Executive Supervisor of the Eurovision Song Contest, said: “We are thrilled at the prospect of having three hosts for this year’s contest. This will be the first time that Eurovision has had three male hosts in its sixty-two year history, and Olexandr, Volodymyr, and Timur have a proven track record of combining humour, improvisation, and professionalism into their routines. I’m confident that they will provide much entertainment for viewers in May.”

Oleksandr Skichko (Олександр Олександрович Скічко) has become a household name in Ukraine through his hosting of popular TV shows such as Wake Up, Star Way and Sing Like A Star. He began his career in entertainment aged 15, and also went on to appear as a semi-finalist on Ukraine’s Got Talent where he won the hearts of millions of Ukrainians with his parody act. 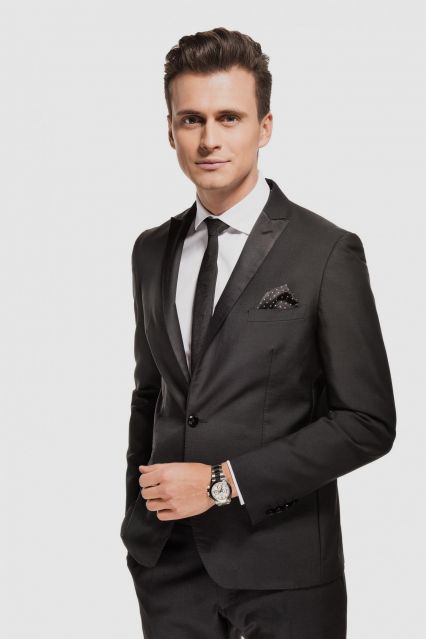 Volodymyr Ostapchuk (Володимир Валерійович Остапчук) has enjoyed extensive experience of live shows through his involvement in the entertainment programme Morning with Ukraine, as well as presenting Shopping Goddess and Style Icon. He has had roles as a professional voice artist, including voicing the character of Hans in the Ukrainian version of Disney’s animation Frozen. 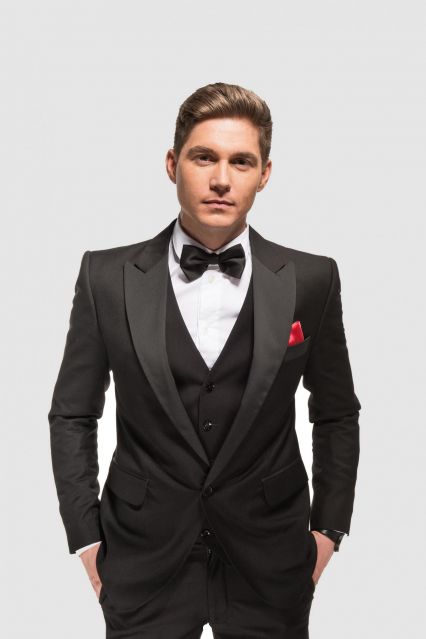 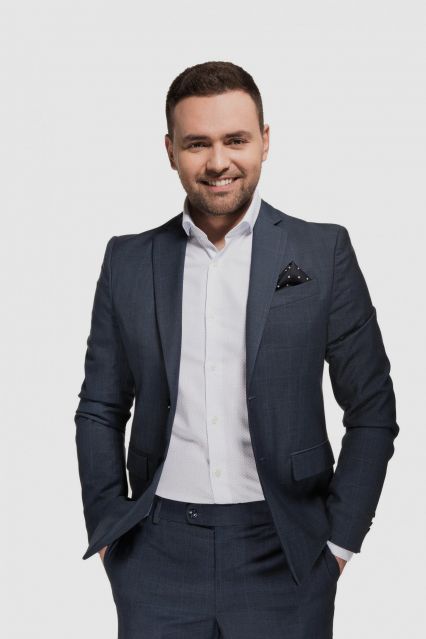