What to know before dating a bisexual man 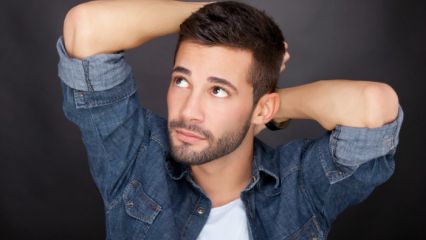 Contrary to popular belief, bisexuals are not going through a phase nor are they a minority. There are countless of bisexuals who feel misrepresented by not only the world, but their community as well.

Thinking about dating a bisexual man?
When push comes to shove, a bisexual man (even if he’s dating a woman) will always be bisexual so long as he identifies as such. For gay guys, this can be seen as either a deal breaker or a well-worthy challenge. Dating a bisexual is awesome. The only things that might convince you otherwise are common misconceptions society often throws in our face.

Never let the opinions of others affect your feelings with a man, especially when you are starting to fall in love with him. A healthy relationship has its obstacles, but many of them have to do with our own prejudgments. Here are some things all gay people should do when dating a bisexual:

It’s not as simple as: "I like boys and girls".
It’s important for a man’s partner to acknowledge their sexual identity, not ignore it or be threatened by it. Bisexuals aren’t in "transition". Because many gay guys use the label as an easy route in accepting their own identity, authentic bisexual people are unfortunately left with the repercussions. The last thing any person wants is to be left at the mercy of their boyfriend’s pre misconceptions.

Everyone defines their identity in different ways. It’s more complicated than pure fact of dating boys and girls because it varies from person to person. When you enter a relationship with a bisexual, throw all your preconceived notions out the window and be as open as you can to accepting him for HIM, not what society says about his orientation.

Straight people have just as much casual sex as gay and bisexual men do.
Bisexuals are more likely to choose good people in their lives. It’s true they have a wide amount of choices, but just because they live in a world of endless variety doesn’t mean they are slutty or care less about monogamy. People say the same thing about gay guys. For some it’s true, but for the rest it’s B.S. It’s called being human. We all like sex, and we’ve all had our share of it from time to time. Sex has less to do with their orientation and more to do with a man’s character.

A cheater is a cheater, regardless of their orientation. Just because he has more sexual "choices" doesn’t mean you should assume he’s jumping at every opportunity that presents itself. This is where communication needs to be key.

It’s important to be sensitive about the issue.
You might think your friends will be accepting of it, but you never know how they will think. Make sure you are aware that he’s comfortable enough in his identity before the cat is let out of the bag. Girls could get the wrong idea and your gay friends might start to worry about your future with him.

Never let your difference in orientation affect the way you communicate with each other.
A relationship is a relationship. Sure, there might be challenges and obstacles, but the overall theme is the same. Never tease him about his bisexuality (though some may laugh it off, it still should be as unimportant as his hair color), don’t act differently in front of a hot girl, don’t have debates about bisexuality vs. homosexuality, don’t assume he’s more sexually open or into having open relationships (unless stated), and never bring him into situations that will make him uncomfortable.

An open - ended line of communication is key to a happy relationship.
It’s okay to ask questions. This is what relationships are all about, but there’s a difference between being honest and open, and being brutally honest. Expressing your feelings both with each other and with yourselves is your best ticket, but don’t let it go beyond the limits. Many gay guys who date bisexuals fall into the trap of being a little too honest about their crushes on other people. There’s no need for him to explain himself when he looks at a woman just as you don’t need to explain when you look at a guy. We’re all human, and we all do it.

Be ready for questions

Respond to it as maturely as you can, and be prepared.
Be ready for questions, because you will be asked them by friends, family, and coworkers should anyone find out. Don’t think of it as a hindrance. In truth, it’s an opportunity to set the record straight not only for him, but for you as well. "What is it like?" will be the number one question. Your best friends might get a little weird if they see him talking to girls, which will inspire them to accuse him of things. Trust me, it will get tiring after a while, but don’t let it change your feelings with him.

If you’re both happy and stable, there’s no need to let the concerns of others enter the equation.

Don’t let jealousy get the best of you

Pay attention.
He picked you out of every person in the world. That says something about his feelings. Embrace the truth and learn to cherish the connection you have with each other. Maybe then you’ll understand how special you are and how much you mean to him. There’s no need to walk on eggshells.

Cherish the connection and let it be the springboard for more discoveries.