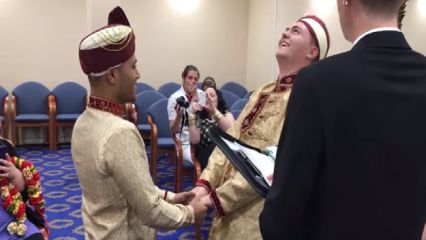 A newly married couple is hoping “to show the whole world that you can be a gay Muslim” after their wedding in the West Midlands.

Jahed Choudhury and Sean Rogan married in Walsall, in one of the UK’s first same-sex marriages involving a Muslim partner. Footage showed the couple dressed in traditional Bangladeshi attire to say their vows while surrounded by loved ones at the town’s registry office. Mr Choudhury, 24, told the Express and Star he felt like the “black sheep” of his Bangladeshi Muslim family, being bullied at school, attacked by other Muslims and banned from his local mosque. A spokesperson for the Office for National Statistics (ONS) said the religion of spouses was not routinely recorded at non-religious ceremonies.

He said he attempted to change his sexual orientation and went on religious pilgrimages to Saudi Arabia and Bangladesh but became suicidal and attempted to kill himself before meeting Mr Rogan. They started living together in 2015 and Mr Choudhury proposed on his husband’s birthday last year. The number of same-sex religious marriages recorded in 2014, the most recent year of available data, was too small for a breakdown to be made available. The Muslim Council of Britain, which represents more than 500 organisations and mosques, was among the religious bodies including the Church of England opposing the legalisation of same-sex marriage in England and Wales in 2013. 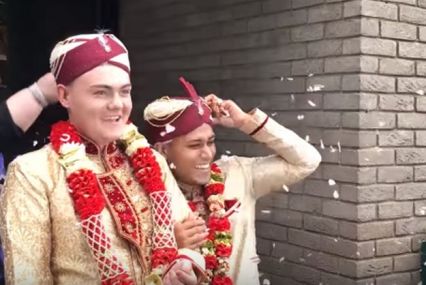