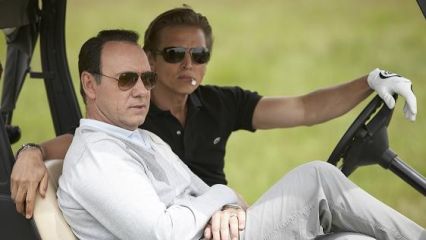 Star Trek: Discovery actor Anthony Rapp says Spacey made sexual advances towards him when he was only 14 years old.

Kevin Spacey is drawing the ire of Hollywood for publicly coming out as a gay man after being accused of sexual harassment by “Star Trek: Discovery” actor Anthony Rapp. Spacey has been adamant about keeping his sexual orientation private throughout his career, telling the Daily Beast in a 2010 interview, “I have not given up my right to privacy. It’s just a line I’ve never crossed and never will.” But in the wake of Rapp’s sexual harassment accusation against him, Spacey tweeted an official statement that acted as both an apology to Rapp and an official coming out.

“This story has encouraged me to address other things about my life,” Spacey writes. “I know that there are stories out there about me and that some have been fueled by the fact that I have been so protective of my privacy…. in my life i have had relationships with both men and women. I have loved and had romantic encounters with men throughout my life, and I choose now to live as a gay man. I want to deal with this honestly and openly and that starts with examining my own behavior.”