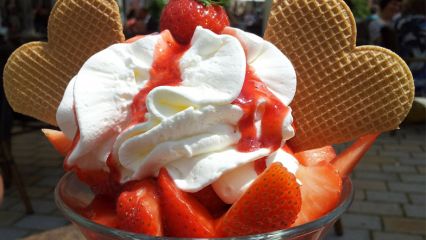 A gay couple were told that they were not allowed to share an ice cream sundae with each other because two men eating from the same bowl doesn’t go with the ambiance of the restaurant.

Ron Gage, 55, and his partner, Henry McKinnon, 58, were dining at the Prime Rib restaurant in Washington DC, which claims it is one of the five most romantic restaurants in America. But when it came to dessert, the romance was firmly destroyed by their waiter. “When it came time for dessert, we asked for one sundae with two spoons,” Gage told the Washington Post. “Server said he would bring it in two separate dishes. He said ‘It wouldn’t look right with two gentlemen eating out of the same sundae. It doesn’t go with the ambiance of the restaurant.'”Naturally, Gage said that they “weren’t expecting” that response. “It was so humiliating,” McKinnon added.

“It was unbelievable how it made us feel. “I’m kind of embarrassed to say we didn’t say anything. It just took us back to such a shameful place, in a way.” However, when reached for comment on the incident, Prime Rib manager James MacLeod said that the establishment doesn’t “condone anything remotely like this”. “The waiter in question is Bulgarian, and he does speak four different languages,” he said. “I am not sure if he got confused as to what he was saying, or how he was saying it. “I cannot believe that a waiter would have ever said anything like that – there’s no way we would condone anything remotely like this.” 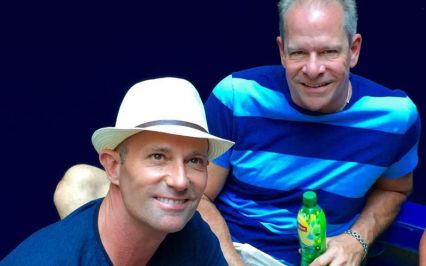