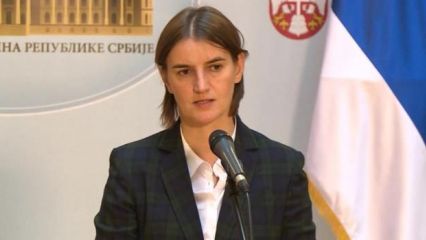 The president of Serbia has nominated a gay woman to be his prime minister in a double first for the deeply conservative Balkan state.

Ana Brnabić was chosen by the new President, Aleksandar Vučić. Her approval by parliament will be largely a formality, as his party and its allies hold an overwhelming majority. Just a few years ago, the appointment would have been unthinkable. But EU hopeful Serbia can present it as proof of increasing tolerance.

Ms Brnabić is not only Serbia's first openly gay PM, but also the first woman in that post. "I believe that Brnabić has professional and personal qualities to be prime minister," Mr Vučić told reporters.

He made no mention of her sexuality. 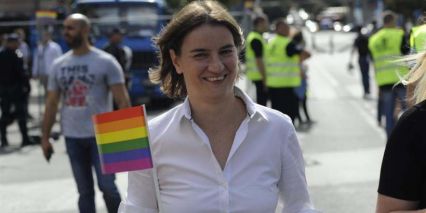 Is this evidence of a profound change in attitudes to homosexuality?

"The new prime minister should be a family man who knows what children are."
The symbolism of the appointment is real, but it comes against a backdrop of ingrained and sustained antipathy towards homosexuality. It may be more of a harbinger of change than evidence that change has already occurred. Police research in 2015 found that almost half its officers agreed with the statement "homosexuality is an illness that should be treated", reports the BBC's Guy De Launey in Belgrade.

Even the leader of one of the smaller parties in the president's coalition, Dragan Marković Palma of Unified Serbia, said Ms Brnabić was "not my prime minister". He was recently quoted as saying that the new prime minister "should be a family man who knows what children are".

So what do these hostile attitudes mean in practice?

They mean gay people face discrimination and threats to their physical safety. Belgrade's Gay Pride march was banned for three years in succession on grounds of public safety after far-right protesters attacked the event in 2010.

It was revived in 2014 amid huge security, including special forces and armoured cars.

But since then, civil society organisations have reported that some individuals taking part have lost jobs as a result.

Why is Serbia socially conservative?

The church is the biggest opponent.
Social conservatism dominates the region as a whole, and then there is the influence of the Church - whether Orthodox in Serbia or Catholic in Croatia, our correspondent explains.

Far-right parties, which represent a small minority of people in Serbia, have suggested the new prime minister was not a home-grown choice but "the choice of the West". 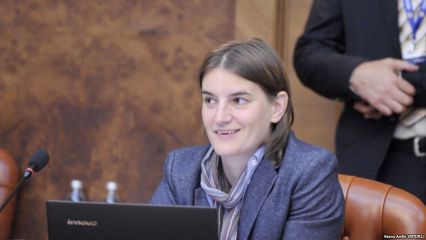 That's an allusion to Serbia's EU ambitions. Are they right?

That's the cynical interpretation - that President Aleksandar Vučić is using Ms Brnabić's nomination to demonstrate Serbia's adoption of EU values in the hope that Brussels will overlook other shortcomings.

Another explanation is that Mr Vučić may see Ms Brnabić as a safe choice for prime minister - competent but without a party base - who will not be a threat to his own power.

What about Ms Brnabić's qualifications for the role?

She joined the government last year, serving as the minister for public administration - one of the least enviable jobs in the government.

Serbia's public sector includes many Yugoslav-era businesses, some in desperate straits, as well as a sizeable civil service. In office for less than a year, she was introducing an e-governance system designed to cut down on red tape and IT as a mandatory subject in schools, our correspondent says.

As a moderniser, she does seem well placed to continue the job of implementing the reforms needed for Serbia to gain accession to the EU - such as improving relations with Kosovo, reforming the judiciary, and promoting the rights of minorities - including the LGBT population.

What does Ms Brnabić say?

Since joining the government last year, Ms Brnabić has tried to place the focus on her qualifications rather than her sexual orientation, asking: "Why does it matter?"

On accepting the nomination to become prime minister, she said she would be working on goals "that are bigger and more important than all of us individually".

Ms Brnabić will join a small number of gay prime ministers to lead governments in Europe, including Leo Varadkar in the Republic of Ireland and Xavier Bettel in Luxembourg.

Iceland had an openly gay prime minister, Johanna Sigurdardottir, in 2009-2013.