Things you did not know about Salvador Dalí 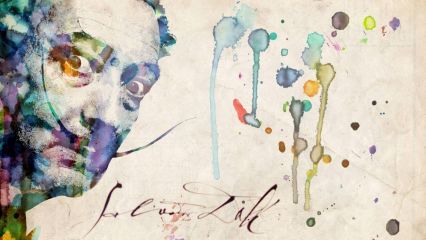 Most people could recognize Salvador Dalí from a lineup, but few understand how enigmatic the artist truly was.

Although he passed away 28 years ago, his legacy and vitality live on in his art and popular culture.To prepare you for the wild ride that was the painter's life, here are seven things you didn't know about Dalí:

He made his secretaries millionaires

Dalí wasn't particularly fond of paying his secretaries, so he often compensated them with commissions. Obviously, that paid off in the end.

He was expelled from art school.

In his youth, the budding artist refused to take his final in art history. He added, “none of the professors of the school [are] competent to judge me, I retire." The teachers didn't take too kindly to his judgment and expelled him. And, he didn't give AF.

He had a thing for cauliflowers.

In 1955, he filled a white Rolls Royce Phantom II with cauliflowers and drove it from Spain to Paris. Because, why not?

He kept exotic animals as pets.

In the sixties, Dalí shared his home with an ocelot named Babou. He took the exotic feline with him everywhere, including elegant restaurants in Manhattan.

In 1934, he took a train to New York. For the entire journey, he wore a life jacket, attached his paintings to his body with string, and carried a two-meter-long baguette.

He was in love with a man.

In 2008, Robert Pattinson had a very busy year. He starred as Edward Cullen in Twilight and sprouted a mustache to play Dalí in Little Ashes. We should mention that he masturbated on camera for Little Ashes, but that's another story.

First lesbian coach in the NFL

Katie Sowers is only the second full-time assistant coach in the NFL, following Kathryn Smith, and with an interview published today by OutSports,...

We’ve been saying it for a while now, but we’re glad to see others are finally taking notice...

Reasons why dancers are amazing at sex

Dancers know how to make love. They live their life inside a bubble of expression. They create, they laugh...

WHY AND HOW WE DO IT

DAILY ROUTINE OR AN ISSUE

Is your boyfriend addicted to x - rated movies?

How to have scary sex this Halloween