Actor and podcaster Nico Tortorella sat down with Pride Source to talk about all sorts of interesting things, including his sexuality.

He is the 28-year-old bisexual star in the new Lifetime movie "Menendez: Blood Brothers". He will also appear in the upcoming season of TV Land’s "Younger" and he’s the host of the podcast "The Love Bomb". In addition to all that, he maintains a rather titillating Instagram account. I really like the term bisexual, and I fall somewhere under the umbrella that is bisexuality. 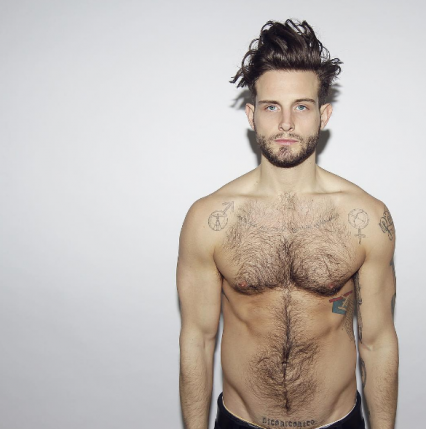 Nico on being bisexual

I really like the term bisexual, and I fall somewhere under the umbrella that is bisexuality. I use the word bisexual because people have fought for so long for this word and the fact that it even exists in part of the LGBTI-et cetera is just a beautiful thing, and I’m not gonna be the person to take, like, fluidity or emotional fluidity or pansexual. I’m comfortable somewhere under the bisexual label, and I’m proud of it. 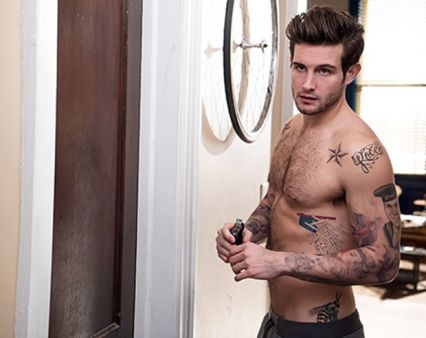 On growing up queer

I just wanna make it clear that it was not always easy for me. For sure, as a kid. I had a really bad stutter from 8 to 11. I wasn’t doing any theater, and sexuality in my household was one thing and one thing only. Anything heard or talked about or seen outside of it was gross in one way or another. I mean, big Italian family in Chicago. It didn’t exist anywhere in my family. I didn’t have any gay relatives. It just wasn’t anywhere. 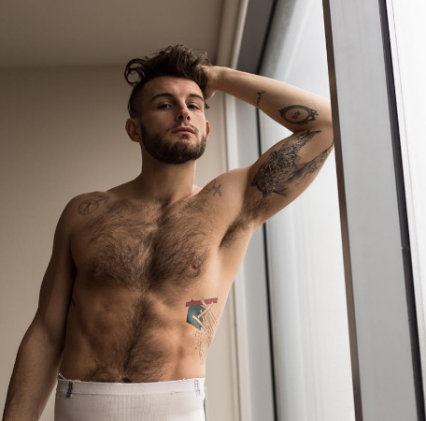 Also, being somebody that dates both, how do I maneuver that conversation? Like, “Look, I want a boyfriend and a girlfriend at the same time – are you cool with that?” That’s even more confusing. But I’ve done it, and at the end of the day that’s who I am. I think I’m coming more and more into my own acceptance with polyamory and how I think that I can just be the best partner, if that is an option. 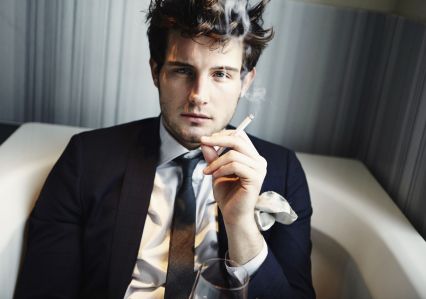 On his gay following

I grew up in Chicago on stage, and I was constantly surrounded by a bunch of queer people. I really got along with them as a little kid and they really liked me too, so I don’t think there was one moment in my career, like, “Oh, now I see I can get along with these people.” I feel like it was always there. It was always in me; it was always part of me. 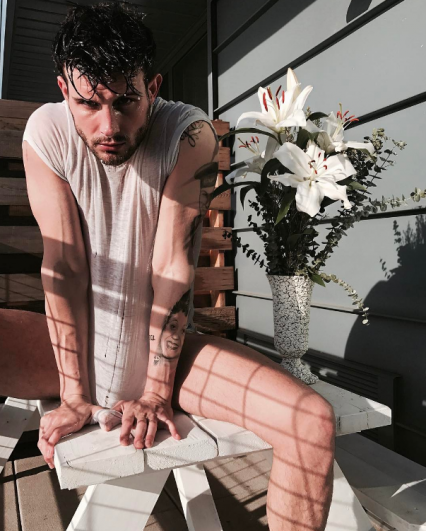 For so long people have been so oppressed in who they are because it doesn’t match what we’re being shown. Now, in the age of the internet and social media, there’s just so much being thrown down our throats constantly – pun intended (laughs) – and it’s like, it exists. Finally, it exists. Finally, people’s stories can be told. And my purpose in life is to extend these stories. I’m in love with people and I’m in love with their stories. 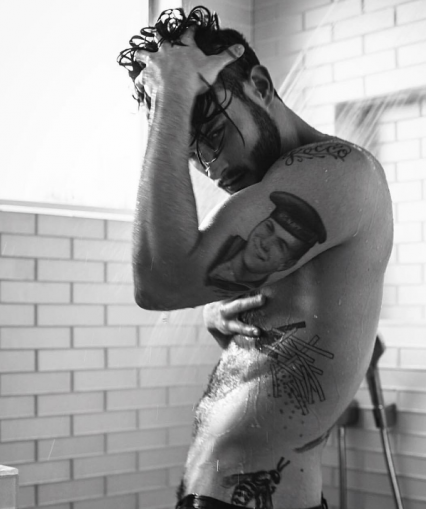 I’m gonna get naked at some point, I promise.