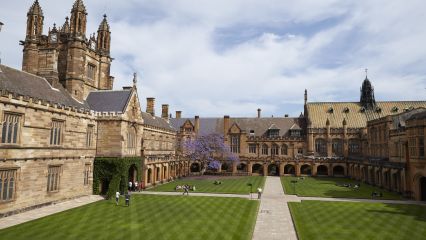 Over the past twenty years, universities of all sizes have begun addressing the needs of Lesbian, Gay, Bisexual, Transgender, and Queer (LGBTQ) students, staff and faculty on their campuses.

Today there are many indications of support for the Lesbian, Gay, Bisexual, Transgender, and Queer community, not only in designated areas, but on the entire campus and within its academic framework. It is not uncommon for public and private universities alike to offer gender-neutral restrooms in many of their buildings and gender-inclusive housing where students may room with whoever they choose. Some schools now offer LGBTQ majors and minors in a range of departments and study abroad programs that focus on gender and sexuality. The programs are so predominant on some campuses, they have justified the hiring of full-time directors and program coordinators to plan and execute events for hundreds of attendees. These activities may include speaker series, freshmen orientations, music festivals and peer mentoring programs just to name a few.

1. The University of Pennsylvania, commonly known as Penn, was founded by Benjamin Franklin in 1740 and is one of the country’s Colonial Colleges, established before American Revolution. It is an Ivy League research university located in Philadelphia, regionally accredited by the Middle States Commission on Higher Education.

2. 135 miles from Boston and nestled in the Berkshires, Williamstown, Massachusetts is home to Williams College. Established in 1793 as a men’s college, Williams became coeducational in 1970. It is a private liberal arts college, regionally accredited by the New England Association of Schools and Colleges, offering 36 undergraduate majors and 2 master’s degree programs.

3. Amherst College is known as one of the “Little Ivy” colleges. A private, liberals arts college, Amherst was founded in 1821 in Amherst Massachusetts and is a 90-minute drive from Boston. The college is solely an undergraduate institution, with 38 majors and nearly 1,800 students enrolled in 2015. It is regionally accredited by the New England Association of Schools and Colleges. 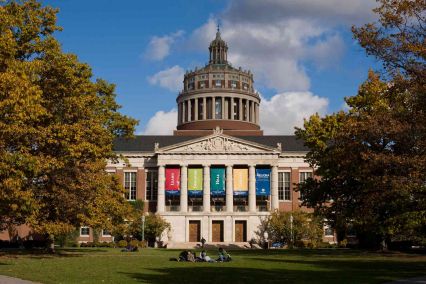 4. Harvey Mudd College (HMC) was founded in 1955 and is part of the Claremont Colleges – a consortium of seven schools all located in Claremont, California. HMC is a private liberal arts college, offering nine majors in the fields of engineering, science, and mathematics.

5. Originally established in 1754 as King’s College by King George II, Columbia University in the City of New York, commonly known as Columbia University is a private, Ivy League, research university in Manhattan. It is the oldest college in New York and was also the first school in the country to confer a Doctor of Medicine degree.

7. Duke University is a private research institution located in Durham, North Carolina. Originally established in 1838 as Trinity College, it became Duke University in 1924 through a philanthropic endowment. In the fall of 2015, Duke had 6,485 undergraduate students and 8,465 graduate and professional students, with a student-faculty ratio of 7:1.

8. Another of the Little Ivy schools, Bowdoin College is a private liberal arts college established in 1794. The college is located in Brunswick, Maine near Casco Bay and the Adroscoggin River, a 12-mile journey from Freeport. It is regionally accredited by the New England Association of Schools and Colleges.

9. Tufts University is a private research university with campuses in Medford/Somerville, Boston, and Grafton Massachusetts, as well as Taillores, France. It is regionally accredited by the New England Association of Schools and Colleges and Commission on Institutions of Higher Education.

10. Founded as Elon College in 1889, Elon University, established in 2001, is a private liberal arts university located in Elon, North Carolina. It is regionally accredited by the New England Association of Schools and Colleges. In the fall of 2015, it had 5,903 undergraduate and 728 graduate students, with a student to faculty ratio of 12:1.