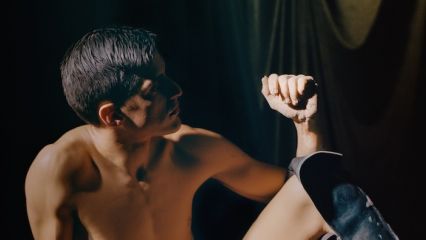 Xen and Mutant, Alejandro Ghersi’s first two full-lengths as Arca, were dirty, elusive spins on electronica that seemed to occupy their own infinite space (Ghersi has described the titular figure at the heart of Xen as “a genderless being”). Those albums, along with producing credits for Björk and Kanye West, have earned him a reputation as one of the most boundary-pushing musicians of the past decade.

But Arca, the queer Venezuelan-born artist’s third LP, is an entirely different beast. For the first time his voice takes center stage, and the results are mystifying. His decision to sing in Spanish, the language in which he says his parents argued when he was a child, lends many of its tracks a heartbreaking vulnerability.

Yet if Ghersi is mourning the loss of his innocence, he is also reveling in it. Between recording sessions last year at his home in northeast London, he’d walk through the Victorian cemetery Abney Park, a famous gay cruising site. Consequently, these songs evoke solemn prayers, ghostly incantations, and covert dalliances. A dark meditation on lust, longing, and death, Arca also finds Ghersi on the path to enlightenment. It is the sound of sad endings and new beginnings. 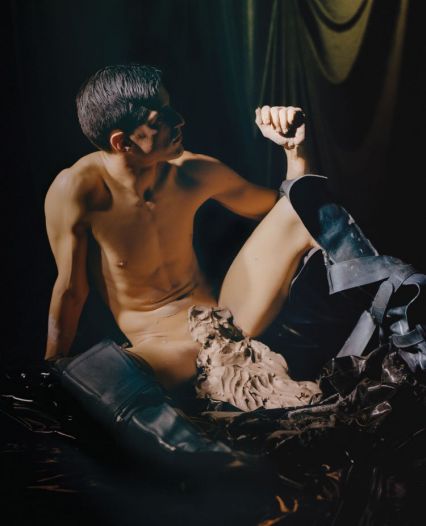